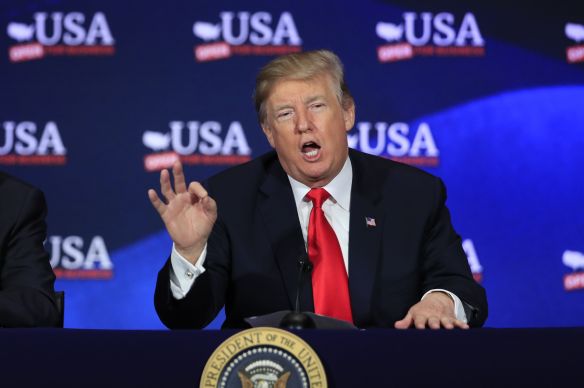 Throughout its history of international relations, Russia has proven that the longest distance between any two points is the distance between conciliatory statements out of the Kremlin and an actual agreement to which Moscow will confirm. Beware of disinformation: the Russians made it an art form decades ago.

This brings me back to fear. The last time the Left had this much pull was during the Great Depression. There are parallels between that time and ours. In some ways the Depression was worse than anything we know now. But in at lest in one way, it seems like things are far worse today.

Source: Why Are Young People Turning to Socialism?

C.R. Wiley over at Paterfamilias makes some superb points about why socialism is so appealing to young people. Check out the article, it is short, so have a read.

I have two responses.

First, to the quote above. The implication that the left has a lot of pull is hard to square with the fellow in the White House and the GOP-dominated Senate. That didn’t just happen: it is an illustration that, for whatever pull the left has, it is pushing at least as many people away. (Plus, I’d argue that the left had more pull between 1966-1974 than it does now. Disagree? Explain why Nixon was arguably the most liberal Republican president of the past half-century.)

Second, and somewhat associated with the first,  is that fear does not drive people left, it drives people to political extremes, the fringes of the political plain. Fear tends to empty the center, stoking radicals, reactionaries, libertarians, and anarchists at the expense of the moderates.

And that’s our problem. We have become a nation of fear, screaming at each other from the fringes at the expense of the democratic process.

Becoming a socialist (or a radical libertarian, or anarcho-syndicalyst, or a monarchist, or a fascist)  is not going to fix that: it is going to exacerbate the problem. Figuring out how to work with people who hate your guts, and doing so for the betterment of both of you, is what is going to fix our real problems.

The debate over a Caucasian teenager wearing a cheong sam as a prom dress offers conclusive proof that “cultural appropriation,” whatever its original validity, has become an instrument of social tyranny deserving of ridicule and opprobrium.

Going forward, whenever someone suggests that I join the Democratic Party instead of holding fast to my lonely Eisenhower/Tory hilltop, I will add to my list of reasons for demurring the left’s tyrannical defense of cultural puritanism.

The progress of man is as much a story of adoption as it is of adaptation. We share and borrow the best and most beautiful aspects of our cultures so that our cultures will themselves advance. To construct artificial walls around cultures is to consign humanity to cultural silos, to a future wrought not by unified advance but by fragmentation and chauvinism.

Such a future could never be described as the outcome of progress, but a smoky path into a new Dark Ages. That is not a future worth dying for, but a future that begs to be fought, and fight it we must.