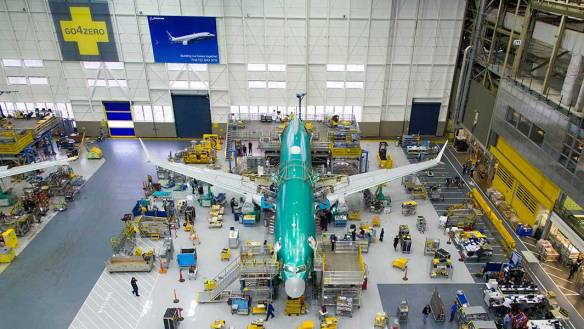 Boeing is seeking all $60 billion it requested for the aerospace industry despite saying the company didn’t need a bailout to survive. Boeing stock rose.

It is difficult to overstate the key role Boeing plays in the economy and in the national defense, so I find it hard to begrudge the company its share of the Great COVID Corporate Welfare package. I will, at some point, sharpen my horns deliver some tough love to Boeing leadership for the criminal mismanagement that has plagued the company, but for now, a nod and a high-five.

Coming out of this pandemic, a wide swath of the population will now be accustomed to using virtual presence. People who might never have tried services like Microsoft Teams or Zoom before are now using them on a daily basis. Once you turn a tool into a habit, the habit brings an accompanying change of behavior. It is hard not to foresee companies cutting back on business travel, using the rising quality and falling cost of virtual presence as partial justification.

And let’s be honest – how many of us who engage in regular business travel will mourn? The prospect of spending long hours sealed in a pressurized aluminum tube filled with uncomfortable seats and untold germs, manned by indifferent crews and flown through increasingly turbulent skies (thank you, climate change), all dappled with the overhanging fears of terrorism cannot but fill one with unalloyed dread.

I could be wrong: air travel may not be the industrial equivalent of a 737-MAX on autopilot (sorry, I know, low blow.) But Boeing’s biggest customers must be staying awake nights wondering if they are going to run out of sky, or if they need to start changing the way they fly.

I think Donald Trump would look outstanding in an orange jumpsuit.

The true test of the democratic (note the small “d”) process rests primarily on whether the candidates put forward are qualified for the offices they seek.

Any attempt to qualify or disqualify someone on grounds of identity or net worth undermines that process and is antithetical to democracy.

Throughout its history of international relations, Russia has proven that the longest distance between any two points is the distance between conciliatory statements out of the Kremlin and an actual agreement to which Moscow will confirm. Beware of disinformation: the Russians made it an art form decades ago.

This brings me back to fear. The last time the Left had this much pull was during the Great Depression. There are parallels between that time and ours. In some ways the Depression was worse than anything we know now. But in at lest in one way, it seems like things are far worse today.

Source: Why Are Young People Turning to Socialism?

C.R. Wiley over at Paterfamilias makes some superb points about why socialism is so appealing to young people. Check out the article, it is short, so have a read.

I have two responses.

First, to the quote above. The implication that the left has a lot of pull is hard to square with the fellow in the White House and the GOP-dominated Senate. That didn’t just happen: it is an illustration that, for whatever pull the left has, it is pushing at least as many people away. (Plus, I’d argue that the left had more pull between 1966-1974 than it does now. Disagree? Explain why Nixon was arguably the most liberal Republican president of the past half-century.)

Second, and somewhat associated with the first,  is that fear does not drive people left, it drives people to political extremes, the fringes of the political plain. Fear tends to empty the center, stoking radicals, reactionaries, libertarians, and anarchists at the expense of the moderates.

And that’s our problem. We have become a nation of fear, screaming at each other from the fringes at the expense of the democratic process.

Becoming a socialist (or a radical libertarian, or anarcho-syndicalyst, or a monarchist, or a fascist)  is not going to fix that: it is going to exacerbate the problem. Figuring out how to work with people who hate your guts, and doing so for the betterment of both of you, is what is going to fix our real problems. 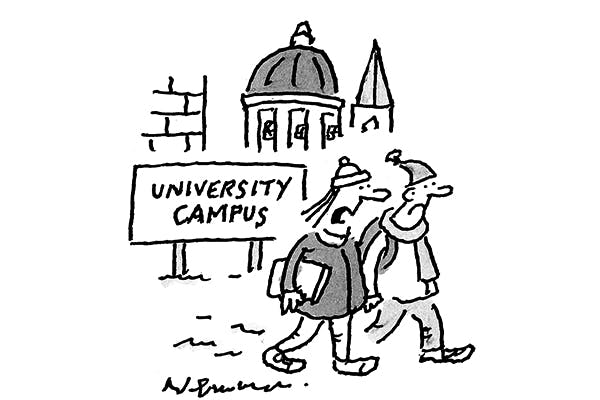 “Was the lecture canceled due to snow or snowflakes?”

You might be said to have extremist views if you object to same sex marriages or gay adoptions, or if you think we should halt immigration. By the same token, an opinion poll published last year revealed that almost 40 per cent of the population think it is extremist to believe that global warming is happening and 36 per cent think it extremist to hope that Britain leaves the EU. In other words, ‘extremism’ has simply become one of those words which has lost almost all of its meaning and is used simply as an insult to hurl at one’s opponents. A bit like ‘troll’.

Source: The word ‘extremist’ has lost all meaning | The Spectator

As a someone who is – at least in his own mind – about two notches to the right of center on the American Two-Dimensional Political Taxonomy, I only rarely find myself being called an extremist, but it happens often enough to make me believe that Rod Liddle has raised a pressing issue.

The overuse of the word “extremist” undermined the meaning of a once-valuable political descriptor. Worse, it has also ushered in an era in which political name-calling and demonization have become acceptable substitutes for intelligent political discourse.

Here is my suggestion: let us expunge the term from our political discussions, and let us also purge ourselves of the desire to demonize those who disagree with us. Disagreement, along with compromise and participation, is an essential ingredient in a democracy. The minute we are all compelled to agree with each other – or pretend to do so – we have taken upon ourselves the fetters of tyranny.

Let us not do that. Let us instead agree that there are no safe zones in a democratic society, and to toughen ourselves to those who (verbally, at least) oppose us so that all may enjoy the liberties our founding fathers bestowed upon us.

Republicans could soar this election year thanks to their massive tax cut or sink if voters are swayed by stock market’s fluctuations and fear of downward spiral.

Or, Republicans could soar if the House Democratic Caucus insists on retaining Nancy Pelosi as Minority Leader and presumptive Speaker.

Indeed, one is compelled to wonder how many more Americans would tick the box next to the Democratic candidate if the Dems would simply shed their tired, pedantic old-school progressives in favor of someone more inspiring and less, well, scolding.

Facebook confirms it’s suspending the accounts of women who call men “scum” in the wake of the sexual harassment scandals that have sparked the #MeToo conversation on social media and beyond.

I support feminism to the point that I once called myself a feminist. I maintain that gender balance in all aspects of society is not only a necessary precondition to a just civilization, it is also the antidote to many social ills that plague traditional patriarchies, whether in the workplace, the statehouse, or the home.

But when feminism crosses the line into misandry, when it engages in or tolerates behavior that incites hatred against the male gender as a whole, feminism mocks its own goals and becomes unsupportable.

There are many men who are deserving of the worst unflattering epithets known to language. But to draw from that fact the conclusion that “men are scum” (or worse) is to put us all on a pathway to oppression and injustice from which no person would be safe.

Misandry disguised as feminism is hypocrisy. Facebook was right to take the actions that it did.