If this election is proving anything – to me, at least – it is proving that polls are al over the place, and therefore both singly and collectively unhelpful in judging the zeitgeist.

If I were a pollster when this was all over, I’d be taking a long, hard look at my craft and wonering whether this might not be a good time to throw away the book on public opinion research and start all over again.

Hope you’re having a great day.

I don’t know what pisses me off more these days: watching Squawk Box demonstrate the hubris of the right, or reading the editorial page of The Guardian and imbibing the smug self-satisfaction of the left. Neither ethos seems to offer much promise. 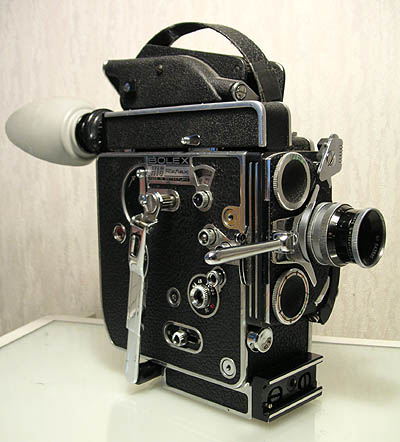 I spare not the rod in these pages for America’s love of interventionism or for our poorly-run Department of Defense. That said, I have little time for Michael Moore’s most recent cinematic screed. He and I come from different political biases, but I recognize that Moore started out making worthwhile documentaries.

Sadly, he has now gone from clever gadfly to raging elephant polemicist becoming for documentary filmmaking what The Daily Worker is to journalism. With the possible exceptions of Roger and Me and Bowling for Columbine, there is nothing in his films that is not better and more intelligently expressed in Mother Jones or Harper’s. You may think differently, but Moore has produced little if anything of value in at least a decade.

Far more troubling, we are losing – or have lost – the ability to distinguish between expository filmmaking and advocacy disguised as long-form journalism. There is nothing wrong with film as advocacy, but to classify a political polemic in the same category as educational fare or direct reportage is to whitewash the former.

This is not a left vs. right issue. The right benefits as much from this obfuscation as the left, with films like Sick and Sicker, Fire from the Heartland, Free to Choose, and Waiting for Superman. Advocacy films need to come with a warning label, lest we allow the entire genre to go the way of balanced journalism in America.

Any politician whose soundbites require lengthy exegesis had better stay clear of Twitter. This applies equally to Messers. Trump and Sanders.

via Dear America: Please Get Your Head Out of Your Ass About Bernie Sanders — Medium.

Exactly why the mainstream media – from Fox News to MSNBC, from The Wall Street Journal to The New York Times – are becoming impediments to a healthy American system rather than its guardians.

Let’s set aside for a moment the possibility that Democratic appointees on the Federal Elections Commission may in fact have the knives out for conservative bloggers and internet sites. I think that is a real possibility, but there is a larger issue at stake.

Is there a legal case to be made that at some point websites that are focused on influencing the political process should be made to disclose their funding? If there is, where is that line drawn? If there is not, then why must other media disclose?

The problem, really, is not about FEC Dems vs. FEC Republicans. It is about establishing the principle on which we demand transparency from anyone who engages in political speech. That principle must be applied fairly, consistently, and in keeping with both Federal election statutes and the constitution.

Anything else is so much partisan nonsense.

There is a growing body of evidence pointing to a deep divide between the interests of conservatives (and, indeed, of America) on the one hand, and those of corporate America on the other. The campaign being waged by public utilities against rooftop solar is one. The buried lede:

“Conservatives support solar — they support it even more than progressives do,” said Bryan Miller, co-chairman of the Alliance for Solar Choice and a vice president of public policy for Sunrun, a California solar provider. “It’s about competition in its most basic form. The idea that you should be forced to buy power from a state-sponsored monopoly and not have an option is about the least conservative thing you can imagine.”

As an aside, I am on the verge of giving up my resistance and subscribing to the WaPo. With The New York Times continuing Pinch Sulzberger’s long, ugly slide to the Left, and the Murdoch-controlled Wall Street Journal digging in deeper on the far right, it is nice to see Jeff Bezos allowing the Post to settle in somewhere closer to a balanced center.

via The Tyranny and Lethargy of the Times Editorial Page | The New York Observer.

Nothing brightens my day more than an open, frank admission someplace other than in the pages of the Journal or Commentary that despite some token efforts at non-partisanship, The New York Times is, in fact, the paper-of-record of the American Left.

Partisanship in op/ed pages is a good thing. Partisanship as a de-facto part of the editorial policy outside of the opinion pages is something quite different. Political bias in reporting the news lays a path away from truth and democracy, but toward demagoguery, and as such there is no room for it in the American system.

Peter Wehner at the Ethics and Public Policy Center is our Bull Moose of the Day.

In his essay “Extremism in the Defense of Liberty is No Virtue” in Commentary, Wehner fires an important shot against the forces that brought the GOP so far to the right and, if they had their way, would continue to drag us down that path. By harkening to Barry Goldwater‘s infamous speech at the 1964 Republican National Convention (a moment that GOP historian Geoffery Kabaservice flags as the beginning of the Republican lurch to the right), Wehner points us back to the kind of Republican Party and the kind of conservatism that is built on principle but ultimately dedicated to an America for all Americans.

Wehner notes that we can all envision moments when extreme measures would be justified, but they are rare. However:

That said, my concern about those who endorse extremism is that it is by its very nature militant, a break with the kind of moderation that is essential for a free society. Extremism, of course, characterized the French Revolution, which (unlike the American Revolution) so unnerved Edmund Burke. It leads to dogmatism and distorted thinking, to viewing politics in apocalyptic terms.

He has captured in a single paragraph the problem of the Tea Party, and of those Republicans who find themselves sucked into the apocalyptic dogmatism of the Tea Partistas, whether by inclination or compulsion.

And in so doing he has, I hope, begun a process that will lead the GOP not just away from the reactionary leanings of the Tea Party, but back to its roots as the party of wise, practical, balanced progress typified by Abe Lincoln, Teddy Roosevelt, Ike Eisenhower, and (on their better days) Dick Nixon and Ron Reagan.

There is always a role for the ideologue in any political organization. But we cannot govern the nation as prisoners of absolutes, whether they be radical or reactionary. Wehner, a veteran of the Reagan and Bush administrations, gets this, to his lasting credit.

A Bucket and a Pen

In Search of Life after the Career