Men should have the same right to opine on gender issues as women. Having an identity doesn’t give you total authority over certain issues.

But let’s open this up:

The minute you start quashing debate about any of these issues, you have killed democracy and ended the American experiment. That’s a line we cannot afford to cross, even at the cost of causing offense and even hurt feelings.

The discussions about the Steele dossier — which Comey recounts for the first time in his book — are among a number of explosive revelations in “A Higher Loyalty: Truth, Lies, and Leadership,” a 304-page tell-all in which the former FBI director details his private interactions with Trump as well as his handling of the Hillary Clinton email investigation.

I am conflicted about Comey and his memoir. On the one hand, Comey may have information and insights that could help us better understand the character and motives of the current Oval Office occupant.

On the other, I am uncertain of Comey’s own character and motives surrounding his actions around both the Clinton e-mail debacle and the Russia investigation. To what degree is Comey serving the Law, the Constitution, and the Republic? To what degree was he driven by the unseen hand of personal ambition or political design?

We simply do not know.

Fortunately, the issues upon which Comey expounds need not be adjudicated in his memoir. We have Robert Mueller, his team, an as-yet-neutral Justice Department, and a small but elite corps of independent journalists on the case.

But we need to know about James Comey. We need to know how much he can be trusted. And, ideally, we need to know before the wheels of history have made the question and Comey aught more than a footnote in the drama of the Siberian Candidate.

The president was boasting of the “great intel” he receives when he discussed intelligence provided by a U.S. partner.

I cannot help but think about the Gipper at moments like this.

Ronald Reagan is spinning in his grave with such speed that we can almost hear it in Oxnard.

I believe that many of them are deeply conflicted. That in the leather chairs of Capitol Hill at the end of each of these long Spring days, there is no shortage of Republican legislators sitting alone in their offices or committee rooms, drinking scotch, and cogitating on their futures.

I suspect that there may be a few who have taken campaign coin from Trump or his supporters who are wondering exactly how long they need to “stay bought” before they can begin responding to the popular cry.

And, in the end, I think most will need irrefutable, impeachment-quality evidence to shift their support.

No, Mr. Frum. This is no longer about the President, or even Congress. It is now about the facts.

The future of President Donald Trump, of the Republican Party, and possibly the nation, now lies in the hands of Special Prosecutor Robert Mueller and relies upon the moral fortitude of a small handful of men and women at the Department of Justice, and their ability to ascertain the facts in the face of a President who seems determined to hide them. 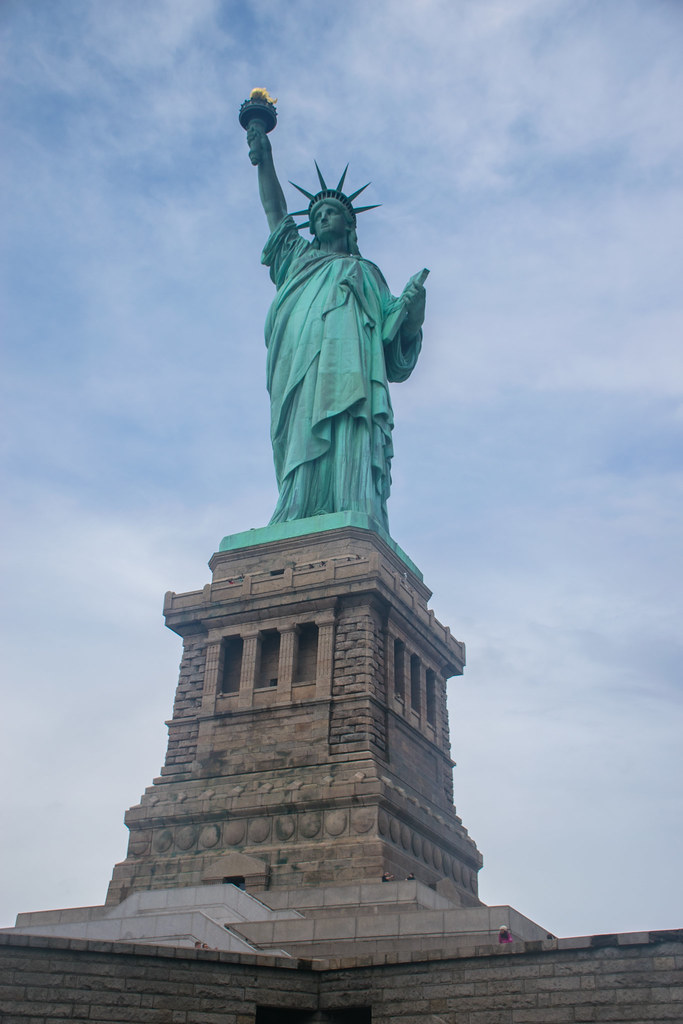 The point of America was to make a place for all people who need and love liberty, not just the people we like. To love America is to love all who seek its shelter and would guard her treasures.

Let us ever repeat the words of Emma Lazarus engraved on the foundation of the Statue of Liberty. But let us not hesitate to remind the tempest-tossed that the price of freedom is a commitment to defend the freedom of others – even those with whom you disagree.

The explosive rise in the U.S. incarceration rate in the second half of the twentieth century, and the racial transformation of the prison population from mostly white at mid-century to sixty-five percent black and Latino in the present day, is a trend that cannot easily be ignored.

Princeton’s Naomi Murakawa begins her provocative new book The First Civil Right: How Liberals Built Prison America with a jarring statistic: “One black man in the White House; one million black men in the Big House.” Her premise is even more jarring. Rather than blame postwar tough-on-crime conservatives for the incarceration epidemic, she documents a case that lays our current prison problems at the doors of the Truman, Johnson, Carter, and Clinton administrations.

If there is one shortcoming with Murakawa’s analysis, it is that it focuses on the federal prison system. What this book begs for is a companion volume – or, indeed, library – to document what happened at the state prison and local jail systems in America.

Nonetheless, this book should be a clarion for us to examine the Incarceration Nation issue as a bipartisan matter. I have little stomach for identity politics as it exists in America today, but victimhood fatigue or ideological differences must neither blind us to uncomfortable facts, nor deter us from the search for answers.

We have too many people in prison, yet we cannot afford to retain dangerous people on our streets or return them there once paroled. The time has come to find a better path that addresses these two challenges than simply more bars, more walls, and more guards.