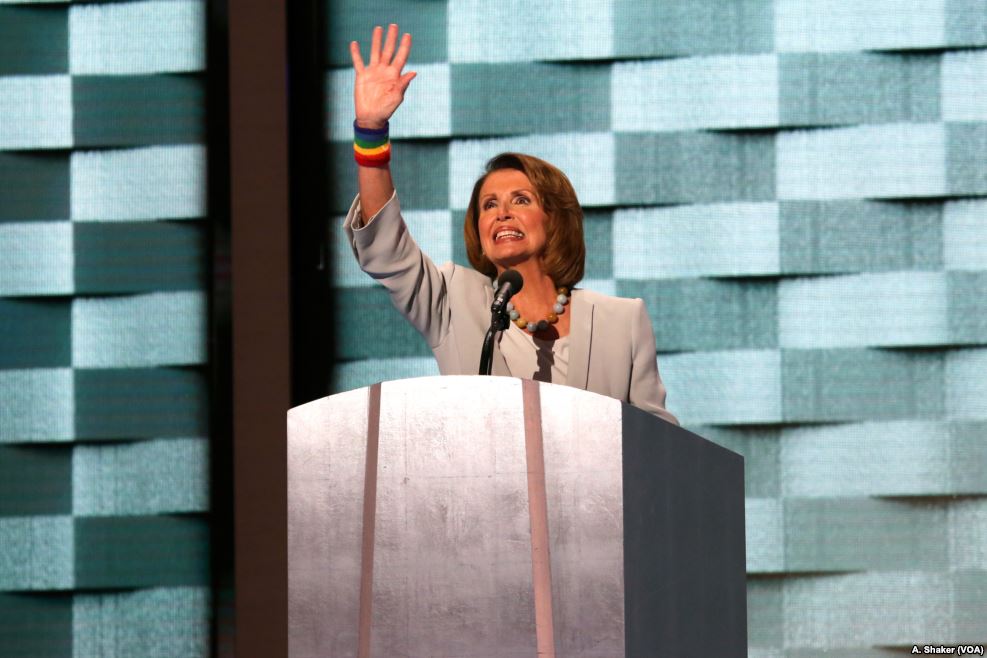 I’m not a Democrat, but from my vantage point about a biscuit to the right of the American centerline, it seems that DNC could use a Frank Slade flamethrower. Something akin to what Bill Clinton did in November and December of 1992. With the support of a group of Democrats who recognized that the New Deal Democratic Party was of declining relevance, Clinton helped rescue the party from over a decade in the political wilderness.

What the Dems need right now is someone who understands that the country has been re-aligned. The Clinton Coalition is no longer the answer. It is time for a new coalition to emerge, one that can champion the middle class and the aspirations of the working class without succumbing to a reliance on stale policy nostrums.

Perhaps that change is beginning. Nothing, however, could signal the opposite intention more forcefully than the retention of Nancy Pelosi as minority leader in the House for the 115th Congress. In both style and substance she is a testament to a bygone era, and lacks the finesse or credibility to build coalitions across the aisle. She is, indeed, the largest stumbling block to a bipartisan Capitol Hill counterbalance to a Trump White House.

As such, I would wager that if Trump White House manages to make it through his first year without laying waste to the nation (or the world,) wise Democrats will find a way to either tame or neutralize Pelosi, or get rid of her completely.