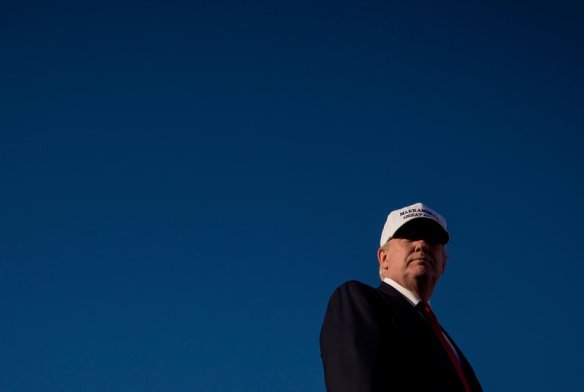 Alarmed by Donald J. Trump’s record of filing lawsuits to punish and silence his critics, a committee of media lawyers at the American Bar Association commissioned a report on Mr. Trump’s litigation history. The report concluded that Mr. Trump was a “libel bully” who had filed many meritless suits attacking his opponents and had never won in court.But the bar association refused to publish the report, citing “the risk of the A.B.A. being sued by Mr. Trump.”

Leaving aside the delicious irony of a bunch of lawyers declining to speak openly because of a fear of being sued, this is a new low in American democracy.

Not even Richard Nixon, in his worst days, was this much of a bully to his enemies. This man does not only belong in the White House, there is some question in my mind as to whether Americans have a moral obligation to shun any enterprise into which Donald Trump has placed his name, his interests, or both.