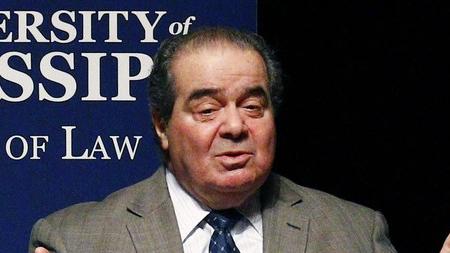 President Obama said he would make his third nomination to the Supreme Court to replace the late Justice Antonin Scalia, and called for a “timely vote” in a Senate led by Republicans who have said the choice should be left for the next president.

This discussion about whether Obama should be allowed to nominate a replacement for the late Justice Antonin Scalia misses the point.

If I have any Constitutional viewpoint, it parallels Scalia’s most closely: I’m something of an originalist. That extends to the issue of the Court itself. I believe that the President has an obligation to appoint a replacement for a vacancy on the court as soon as that vacancy arises, if for no other reason than to ensure that the court continues to function.

However, it is also time to return to the intent of the Founders vis-a-vis the composition of the court. In the face of a 4-4 tie between liberals and conservatives, we can resurrect the goal of a Supreme Court that stands above – or at least apart – from the bi-partisan to-and-fro of Congressional and Presidential politics, and begin appointing justices who are either moderate or who have studiously avoided political bias in their decisions. Further, it is time that we made clear that partisanship in a senior jurist is not a virtue, and that it will disqualify that jurist from consideration.

Finally, it is time for us to make clear both to the President and our senators that we will not tolerate partisanship in SCOTUS nominations either now or in the future. It is time to begin the long-term political neutralization of the court by stocking it with jurists whose virtue is not ideology, but judicial excellence.

Will this be easy? Of course not. But this is the battle that we must begin – not to rescue the SCOTUS from one bias or another, but to rescue the highest court in the land from the political quagmire into which we have enmeshed it.