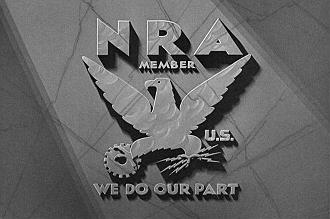 Revisionist historians and economists keep trying to stomp on FDR’s legacy. But declaring that WPA workers were unemployed is just silly.

It has been over seven decades since the end of the Second World War, so it is the ideal time for us to re-examine the historical period bracketed on the one end by the assassination of the Archduke Franz Ferdinand, and on the other by the infliction of the Iron Curtain upon Eastern Europe. We are sufficiently removed to give us historical perspective; most of the players have passed from the scene; and we now have access to troves of formerly classified or sequestered information that offer valuable new information.

There is no reason for The New Deal to be above that renewed scrutiny. Franklin Delano Roosevelt is the nearest thing that America has among its 20th Century citizens to a national saint, evinced by a continued flow of laudatory popular histories. But if we examine that legacy with anything less than unalloyed vigor, we risk learning the wrong lessons from the time.

As we cast about for policy solutions for the present, we cannot afford sentimental nostalgia. That goes every bit as much for the Age of FDR as it does for the Age of Reagan.