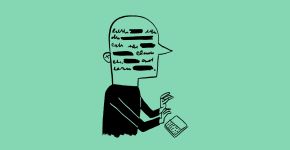 The problem with free speech is that it’s hard, and self-censorship is the path of least resistance. But, once you learn to keep yourself from voicing unwelcome thoughts, you forget how to think them—how to think freely at all—and ideas perish at conception.

2 thoughts on “Free Speech is Hard”